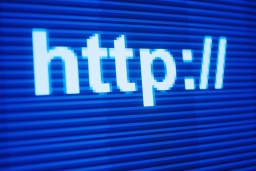 There are great Web sites on the Internet for CTVA students: sites of professional organizations, sites of career information, sites of industry resources, etc.    Below is a list of some useful/popular cinema, television, and radio sites.

Television
1. Television.com
Previews, listings, news, and information about particular shows and television in general
www.television.com
2. Paley Center for Media
Information about the this radio and television museum/center in Los Angeles
https://media.paleycenter.org/
3. UCLA Film and Television Archive
Lists the archives’ film and TV programs and special events
www.cinema.ucla.edu
4. Academy of Television Arts and Sciences
(Professional organization, awarding Emmys and also awards and internships for students)
www.emmys.org
5. Encyclopedia of Television
Online excerpts from this print publication.  Provided by the Museum of Broadcast Communication.
http://www.museum.tv/archives/etv/index.html
6. Entertainment Tonight
(Information about the program and the entertainment business in general)
www.etonline.com
7. Nielsen
(Company that does television ratings)
www.nielsen.com/us/en.html
8. TV Party
(Clips from old and new TV shows and general information about television)
www.tvparty.com
9. Television News Archive
(Vanderbilt Univ. archive of 30,000 TV news broadcasts going back over 10
years, from all major networks: ABC,CBS,NBC,CNN).
http://tvnews.vanderbilt.edu/
10. AdViews
A digital archive of thousands of vintage television commercials dating from the 1950s to the 1980s.
These commercials were created or collected by the ad agency D'Arcy Masius Benton & Bowles (DMB&B).
They are now archived online at the Duke University Library.
http://library.duke.edu/digitalcollections/adviews/