Supplementary material to our 2015 exhibit and programs

Dune by Frank Herbert, and the Dune saga constitute one of the world's best-selling science fiction series and novels. Dune won the Nebula Award for Outstanding Science Fiction in 1965, shared the Hugo Award in 1966, and garnered other prestigious and widespread acclaim and recognition.

Dune’s landmark status as a science fiction novel is multifaceted.  Like Heinlein, Asimov, and Bradbury had done in the 1950s, Dune, represented a revolution toward a literary approach to the genre. Dune was the first ecological science fiction novel written at a time when ecology was an emerging field of study; in fact, Frank Herbert helped popularize the term ecology and conveyed a sense of planetary awareness for the Earth itself. It is also considered an epic example of literary world-building in the tradition of J.R.R. Tolkien’s Lord of the Rings trilogy. Herbert imagined every aspect of his creation and conceived an entire civilization with its own history, politics, language, technology, culture and mythology.

There are now fourteen novels in the Dune saga, six written by Frank Herbert and the rest by his son Brian Herbert and Kevin J. Anderson.

Using CSUF’s Frank Herbert papers, the exhibit recounts the story of Dune from concept to bestselling novel and into pop culture phenomenon. The art of crafting characters and other worlds is explored with CSUF’s Illustration faculty and students’ renderings of Herbert’s evocatively complex and intriguing world of Dune.

This Research Guide contains materials supplementary to the exhibit for a deeper understanding of Herbert's process as a writer and scholar. 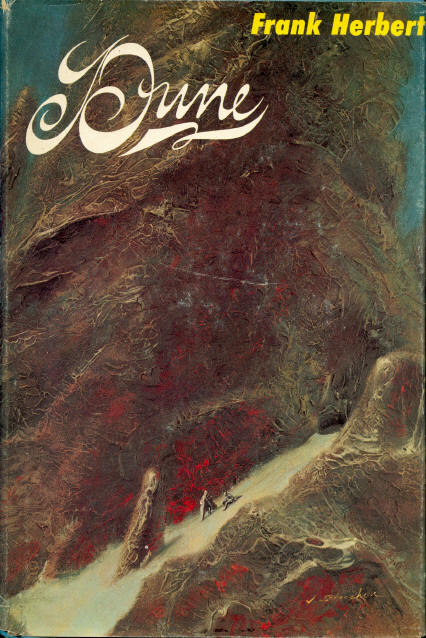