Skip to main content
It looks like you're using Internet Explorer 11 or older. This website works best with modern browsers such as the latest versions of Chrome, Firefox, Safari, and Edge. If you continue with this browser, you may see unexpected results.

This section of the Digital Collections guide contains references to topics ranging alphabetically from M to Z. Information in the descriptions below has been taken from the respective digital collections.

This historical map collection has over 22,000 maps and images online. The collection focuses on rare 18th and 19th century North American and South American maps and other cartographic materials. Historic maps of the World, Europe, Asia, and Africa are also represented.

A digital collection from the National Library of Scotland, with access to high-resolution zoomable images of over 20,000 maps of Scotland.

The Roy V. Boswell Collection for the History of Cartography

American Memory provides free and open access through the Internet to written and spoken words, sound recordings, still and moving images, prints, maps, and sheet music that document the American experience. It is a digital record of American history and creativity. These materials, from the collections of the Library of Congress and other institutions, chronicle historical events, people, places, and ideas that continue to shape America, serving the public as a resource for education and lifelong learning.

This collection from the National Library of Australia provides electronic access to oral history endeavour in Australia. Based on the printed publication of the same name (published in 1997), the database allows you to search within tens of thousands of hours of oral recordings. These collections document Australian life, customs, politics and traditions and cover a wide range of subjects.

The Cline Library at Northern Arizona University (NAU) offers the Colorado Plateau Digital Archives, which currently provides access to thousands of vintage and contemporary photographs, diaries and letters, oral history interviews, films, and maps which document the history of the region and NAU.

A database created by librarians at the Universtiy of Connecticut Libraries, this resource includes information about, and links to, digital collections worldwide, which range in subject from classic American sheet music and Connecticut history to George Washington's papers at the Library of Congress and Victorian literature. The database currently contains 200 collections.

Making of America (via Cornell University and the University of Michigan)

A digital library of primary sources in American social history from the antebellum period through reconstruction. The collection is particularly strong in the subject areas of education, psychology, American history, sociology, religion, and science and technology.  The project represents a major collaborative endeavor in preservation and electronic access to historical texts.

The flagship collection of the Perseus Digital Library at Tufts University, under development since 1987, covers the history, literature and culture of the Greco-Roman world. In addition, this digital library maintains a broader focus in order to demonstrate the commonalities between Classics and other disciplines in the humanities and beyond.

The Berkeley Digital Library SunSITE builds digital collections and services while providing information and support to digital library developers worldwide. This endeavor is sponsored by The Library, UC Berkeley and Sun Microsystems, Inc. From the homepage, visitors are able to access a list of text and image collections on a variety of topics.

The scores and libretti in this virtual collection, made available by the Loeb Music Library at Harvard University, include first and early editions and manuscript copies of music from the eighteenth and early nineteenth centuries by J.S. Bach and Bach family members, Mozart, Schubert and other composers, as well as multiple versions of nineteenth century opera scores, seminal works of musical modernism, and music of the Second Viennese School. Many, such as variant editions of nineteenth century operas and related libretti, fall into intellectually related sets that are meant to be seen and used together. As a group, they give scholars a window into the study of historical performance practice that cannot be duplicated using the holdings of any one other library.

The digitization of the collections housed in the Charles H. Templeton Music Museum represents a significant emphasis and priority for the Mississippi State University Libraries. The well-preserved collections represent one man’s distinct yet diverse interests in music and business. They span a timeframe from the Civil War to the Vietnam era, and cover all genres of popular music during that time. The collections document the evolution of America’s society, economy, international policy, and especially, its music.

This multimedia web site is part of an 18-month project to catalog, digitize, and preserve every item in Indiana University's extensive collections pertaining to the life and career of master songwriter Hoagland "Hoagy" Carmichael (1899-1981).

The collection is named in honor of Emilio Segrè, best known for his Nobel Prize-winning work in nuclear and high-energy physics, but also an avid photographer and author of books on the history of modern physics. The Visual Archives is part of the Niels Bohr Library & Archives and the Center for History of Physics at the American Institute of Physics. Visitors will find more than 30,000 historical digital images, photographs, slides, lithographs, engravings, drawings and other visual materials. The collection is richest in portraits and snapshots of modern American physicists, astronomers and geophysicists but includes many other scientists as well as photos and illustrations of laboratories, telescopes, accelerators and other instruments, objects and places.

An online database offered by the Margaret Herrick Library of the Academy of Motion Picture Arts and Sciences.  Digitized material covers such areas as the Academy Awards, Academy publications, motion picture periodicals, movie star ephemera, sheet music, and items from other special collections.

The Cline Library at Northern Arizona University (NAU) offers the Colorado Plateau Digital Archives, which currently provides access to thousands of vintage and contemporary photographs, diaries and letters, oral history interviews, films, and maps which document the history of the region and NAU.

The Society and Culture Collection is an ongoing digital collection of historical images primarily from Washington State. The images cover a variety of political, cultural and social topics.

The Ad*Access Project, funded by the Duke Endowment "Library 2000" Fund, presents images and database information for over 7,000 advertisements printed in U.S. and Canadian newspapers and magazines between 1911 and 1955. Ad*Access concentrates on five main subject areas: Radio, Television, Transportation, Beauty and Hygiene, and World War II, providing a coherent view of a number of major campaigns and companies through images preserved in one particular advertising collection available at Duke University.

This collection, courtesy of the National Museum of American History at the Smithsonian Institution, demonstrates how some of our past is saved. It also shows how seemingly ordinary magazine covers take on greater meaning when examined as part of a larger story.  Many of the covers were collected in the summer of 1942 by Marguerite Jacquette Storm (1892–1976), who wrote to friends across the country asking for their flag magazines. 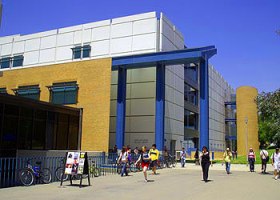